..having driven past this replica of an Italian palace earlier, I felt that the fashion powerhouse had thrown all its might behind the Palazzo. 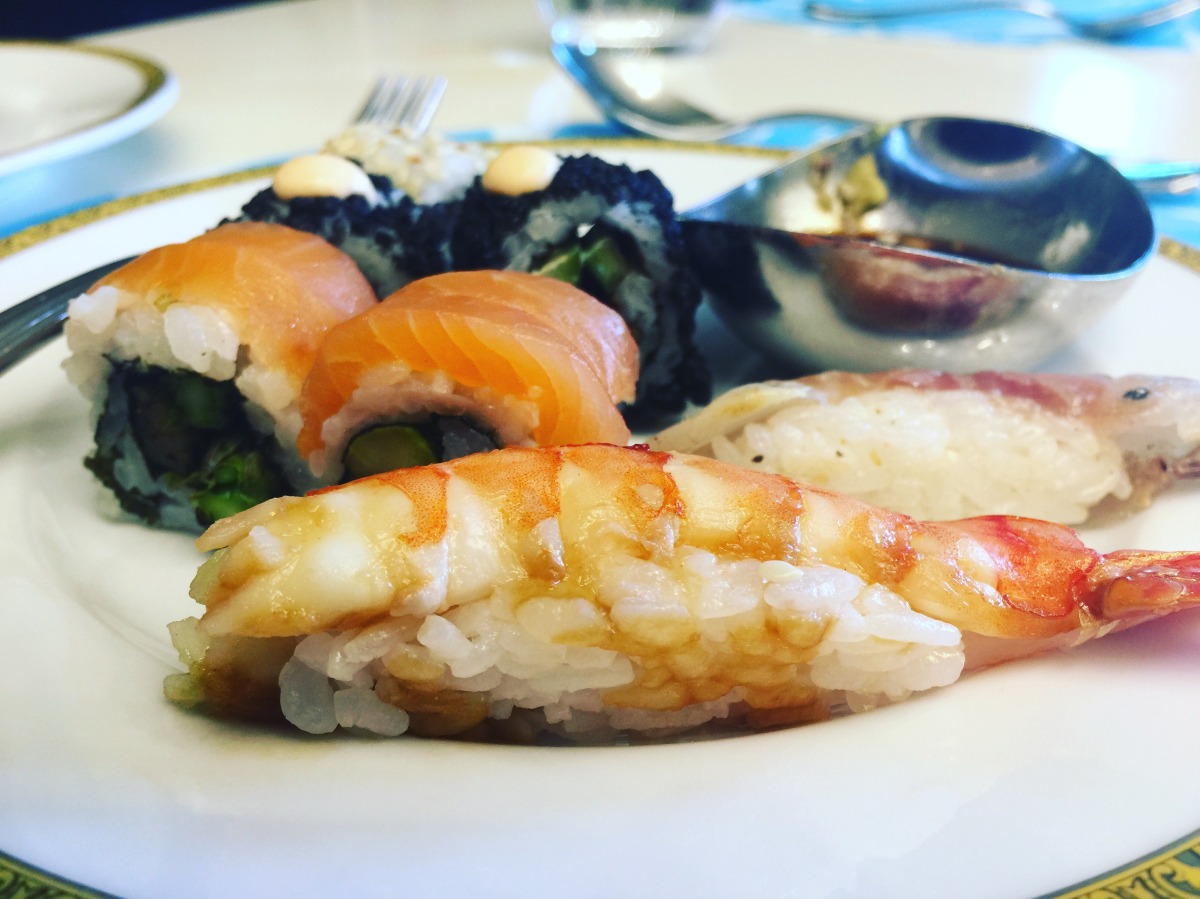 This brunch did not need a theme or ‘creative’ name to stand out in the clutter – It had us at Friday. It was after all being held at one of the only two Versace hotels in the world and having driven past this replica of an Italian palace earlier, I felt that the fashion powerhouse had thrown all its might behind the Palazzo. If only they had chosen a location which was a little less off the beaten track, this restaurant would have been packed – in fact it would have been bursting at it’s seam.  The Palazzo Versace truly is a neoclassical masterpiece and it’s majestic architecture draws inspiration from 16th century Italia. For a moment, the high ceilings, marble floors, mosaic walls, designer furnishings and gold accents made me feel like I was a guest at Tony Montana’s mansion. I am pretty sure I heard Al Pacino saying “First you get the money, then you get the power, then you get the woman” in his unmistakable Tony Montana accent somewhere in the hallways. It could just as easily have been Casa Casuarina, the Miami mansion outside which Gianni Versace was shot but this over the top, opulent, Versace wonderland would not be at home as it is in Dubai in any other city in the world.

We were greeted upon arrival with a fresh ginger and apple drink with fizz and surprisingly, nobody asked us for any money. I agree that I have not been to every one of the two thousand seven hundred & fifty three Friday brunches that Dubai has to offer but I am also pretty sure that there has never been a brunch where I have not been asked to pay before I eat. I do not know how many people had skipped paying the bill before this became the norm in Dubai but considering the amount of liquor that is consumed at these brunches I think I understand why this had to be done. The Giardino brunch at the Palazzo Versace though, is all about class. Nobody runs away without paying the bill here. It is a classy joint that welcomes classy guests. The rest line up to choose and pay for their packages at the other Friday brunches.  An original Versace print adorned the uniforms, table mats and everywhere else possible. It was a bright vivid green which along with the white walls and ample sunlight flooding through the alfresco terrace recreated the atmosphere of Palazzos, where the bright internal court was the informal space to meet, dine and enjoy the weather.  One thing that really stood out was the service. We requested to move to a bigger table and it was taken care of within 2 minutes. The waiter even helped carry some of our stuff (Yes we Pakistanis don’t travel light…even to a brunch) and before I knew it one of the chefs at the live cooking stations was teaching me the correct pronunciation for gnocchi. If you do not know, gnocchi are soft dough dumplings which in this case were stuffed with pesto and paired with aubergine and mozzarella. Not sure about Gianni (high calories and all), but Tony would absolutely have killed for this dish. 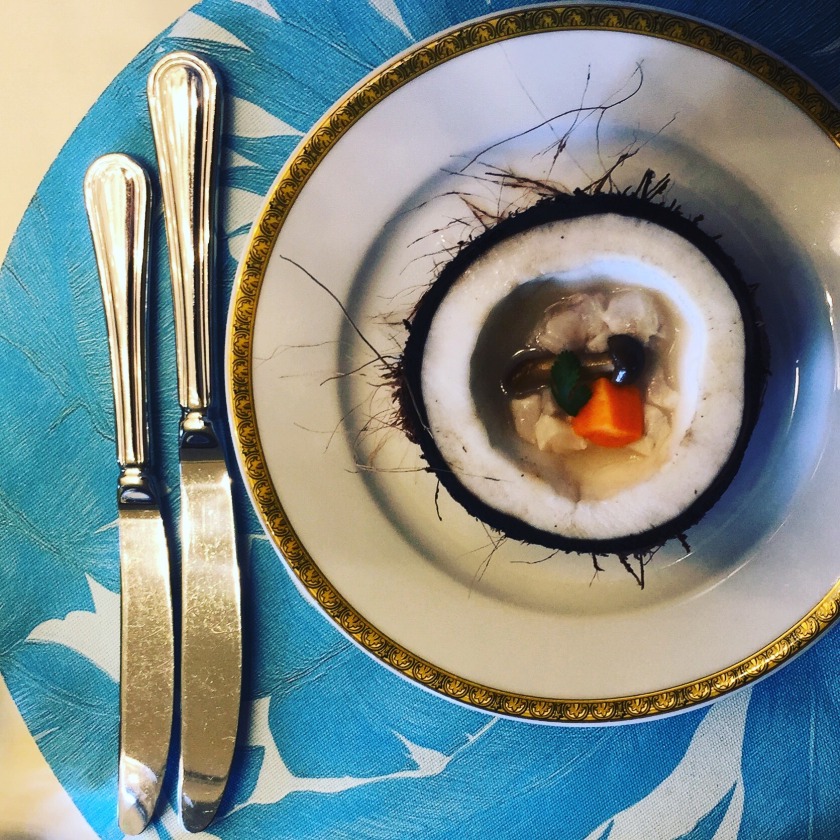 It had far too many dishes for me to mention but the oysters, live lobster and dessert selection were truly worthy of an Italian palace. I did wonder why they had an Indian food station but realized that this was marketed as an international brunch and that’s what it was trying to be. I only wish it had not. I only wish it had stuck to its Italian roots and seafood but most of the other top 10 brunches want to include a little bit of everything too.. it is the land of excess after all.  I don’t think it matters if they all end up having the same menu anyway, Tony Montana only roams the hallways outside Giardino.