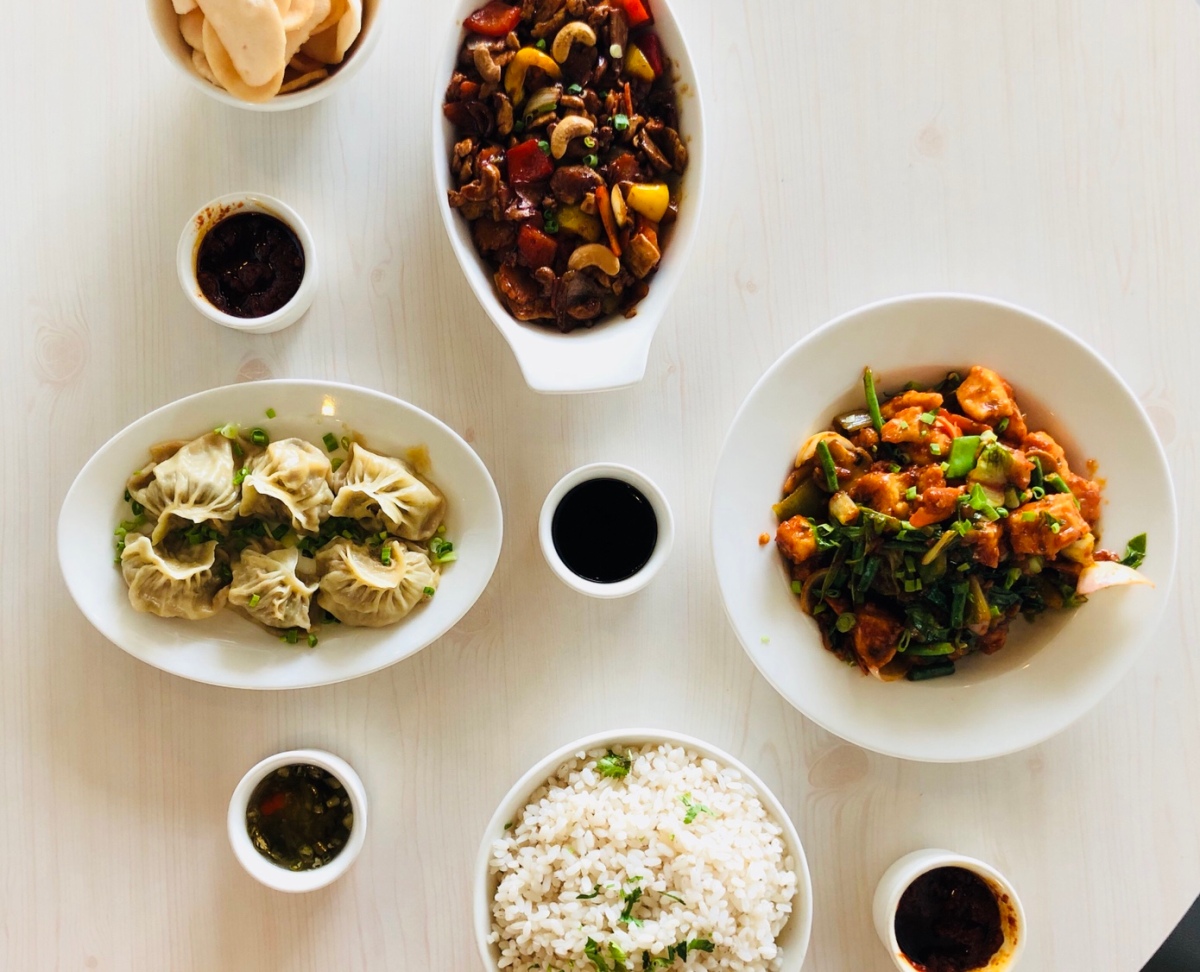 As far as restaurants go, I have always rooted for the little guy. Imagine trying to position yourself between the fancy big players and the cafeteria types which can  survive despite selling hot meals for as low as  AED 15. Your prices have got to be lower than the giant food factories but you have also got to try and do something better than them. You need to be more creative, offer new variations and most important of all – have a killer PR strategy.

In my quest for offbeat hidden gems, I ended up at Nom Nom Asia in Barsha. I didn’t just end up there by chance. A sign they had posted outside both their Karama and Barsha restaurants  went viral on social media some time ago. Basically, if you are hungry, unemployed and looking for a job in Dubai, Nom Nom Asia has got you covered. No, they will not let you do the dishes but they will offer you a free combo lunch meal to keep you fueled for the search. How cool is that?

I am sure that many hungry job seekers must have used this to their advantage but I just can’t stop admiring the PR element of this initiative. When designing a CSR campaign, companies try to come up with something good and meaningful that will impact society in a positive way, but they also try to find causes that will get them the most mileage. As far as PR strategies go, this was just brilliant.

INow that I had driven for thirty minutes to get there and they had my undivided attention, it was time to venture inside and see if the food could live up to the PR strategy.  The interior was casual and understated, just the way one would expect a neighborhood joint to be. 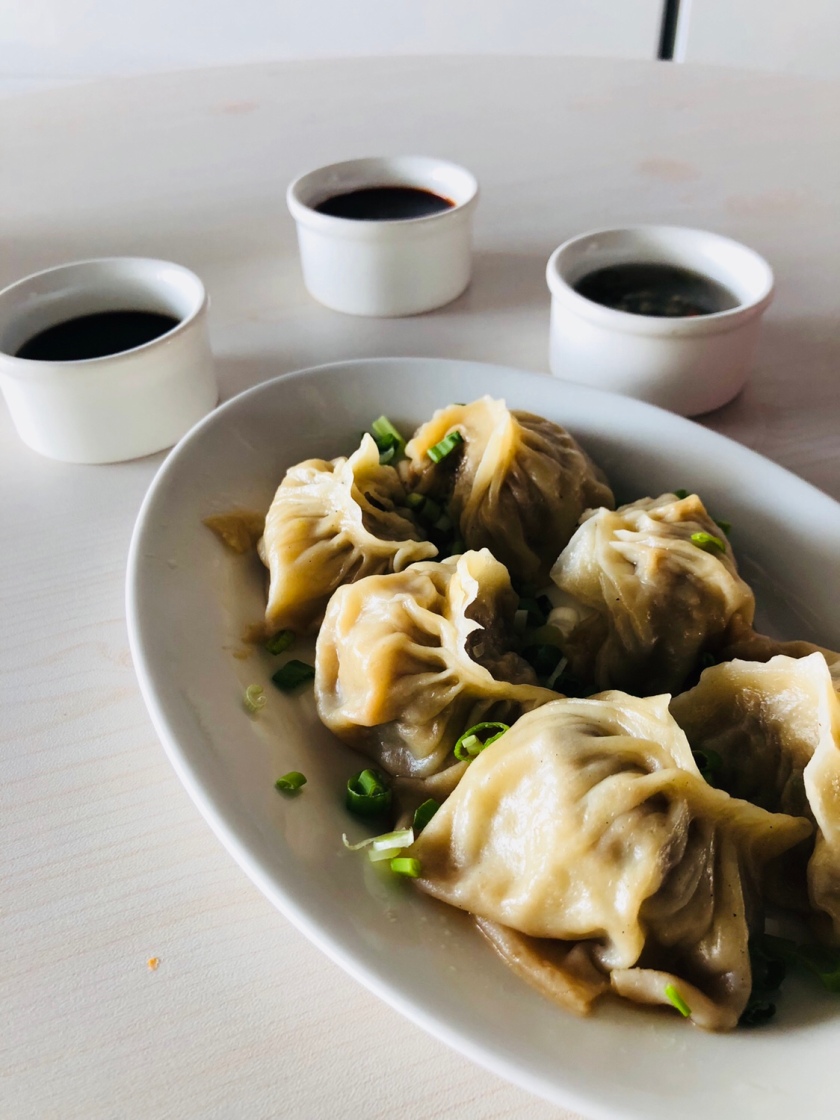 The menu had both a Chinese and Thai section with plenty of variety but I do have a bad habit of ordering the chicken with cashew nut at every Asian restaurant I go to. We did order some Schezwan chicken to go with it. I was pleasantly surprised to see the brown rice option which we ordered as well but to start it all off, we requested some chicken Dim Sum. 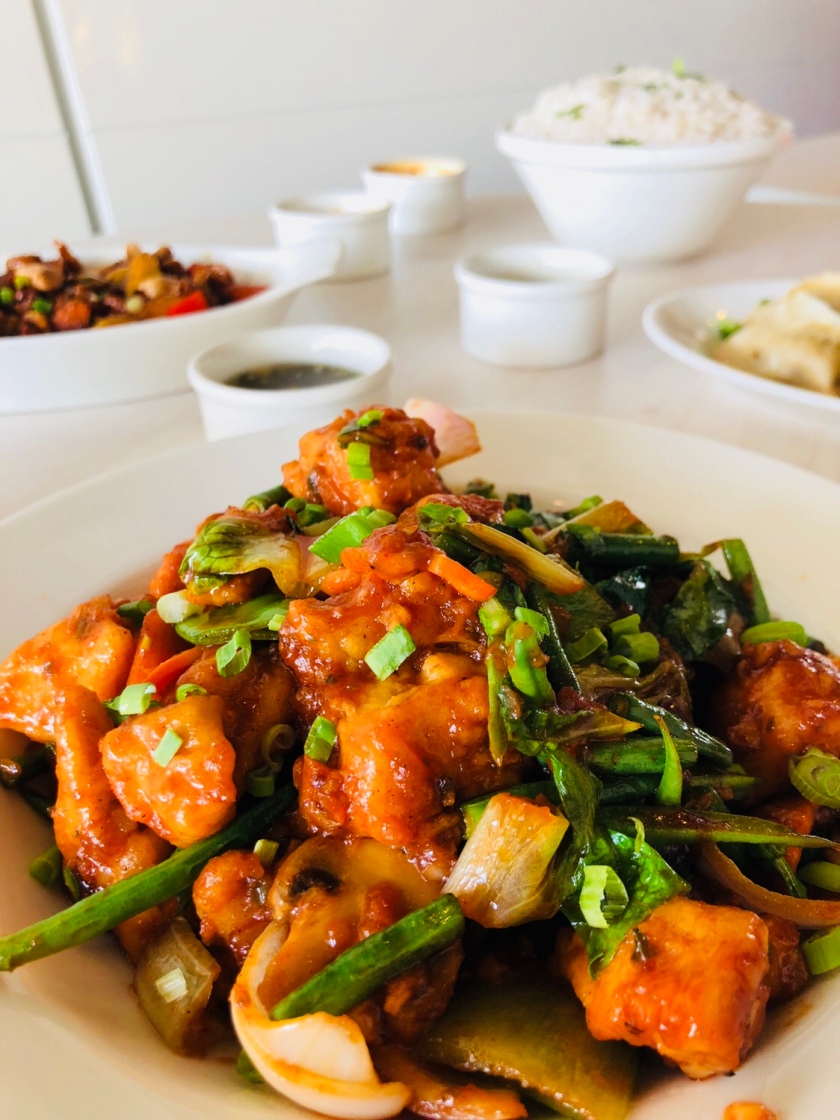 The food was ok but the service was top class. Our waiter was attentive yet not intrusive and he got the order right. I heard they have a Thai chef but the flavour had definitely been dialed down perhaps to please their European clientele. None of the other reviews I have read mention this so it may just have been a one-off thing. The chicken Dim Sum though, were perfectly pungent. I could have easily closed my eyes and imagined being on the streets of Hong Kong.

I’m not sure if it was because we were taking pictures of our food or if I looked like someone in need of a free dessert but we were offered a free sticky rice with mango after our meal. We most gratefully and graciously accepted of course, because that is what you do when you get offered a free dessert! We were in Thailand this August and this particular dish was at par with the best mango sticky rice we have had there or anywhere else ever before. I think the little tub of coconut cream that accompanied the dessert played a big role in that.

So, our trip to Nom Nom Asia did end on a high note and we would love to return again for the sticky rice. Also, I have a feeling that the Karama branch might be a better option though because most of the customers there wouldn’t mind a little chilli with heir cashew nuts!