This was not a steaming pot of broth on an electric flame or a few pieces of sizzling meat on a gas grill. This was a fully functional, desi kabab grill, complete with skewers and red hot coal right in the middle of our table. 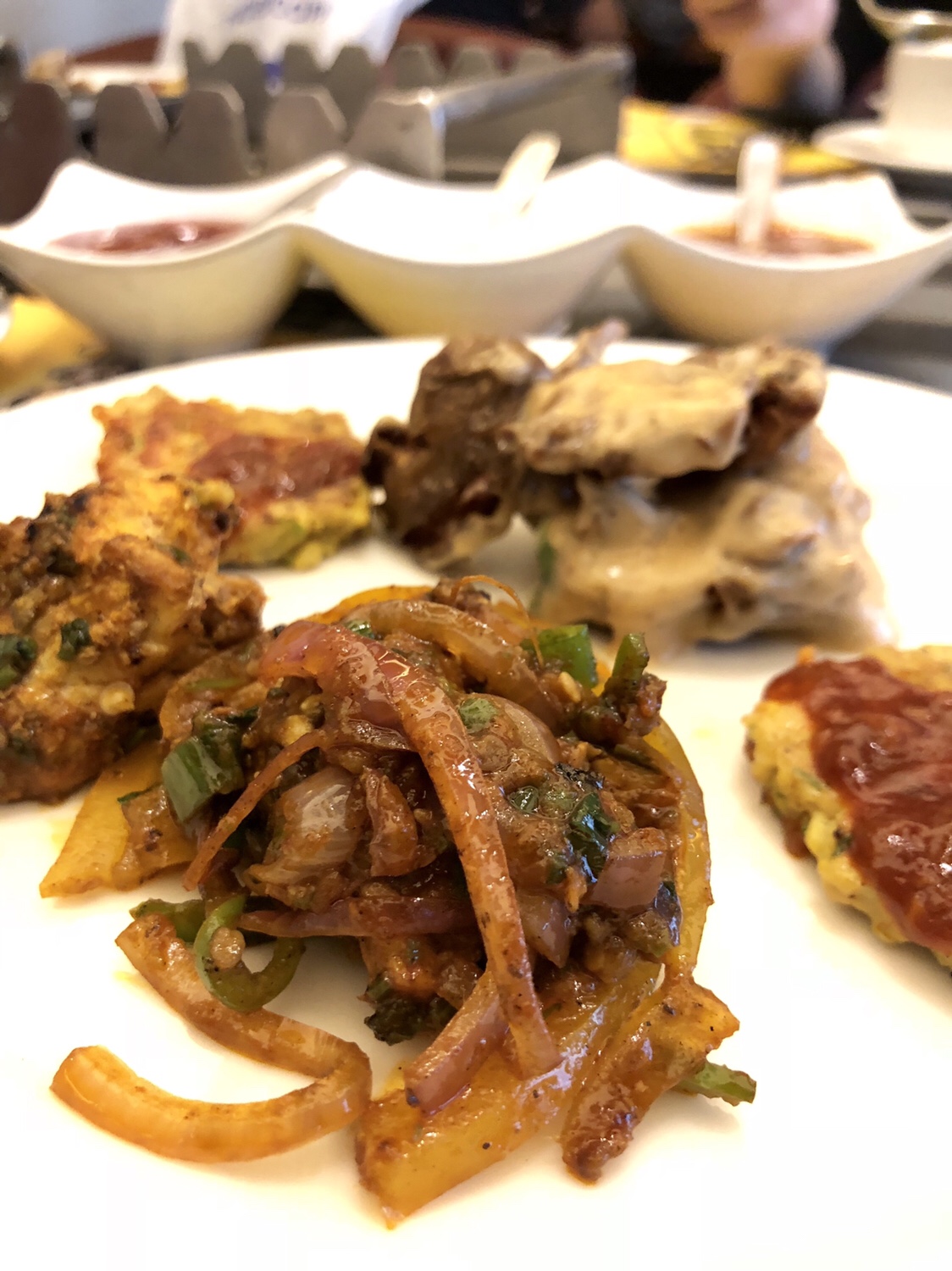 This was not a steaming pot of broth on an electric flame or a few pieces of sizzling meat on a gas grill. This was a fully functional, desi kabab grill, complete with skewers and red hot coal right in the middle of our table. They didn’t just plop the burning grill in front of us. It was placed in a groove so that only the top of the grill was visible above the table. The bottom of the grill was aesthetically concealed below the ceramic table.

Ok, so the razzmatazz and wizardry of the kabab grill was impressive but I wanted to see if the food was really as good as I had heard it was. I was told to get started at the ‘wish grill’ (a stir fry counter with a variety of meats on offer) while my tikkas and kebabs were being done. I requested for rabbit stir fry at the wish grill. Think of it like a softer version of chicken. A bit too soft for my liking so I decided to wait for my kebabs.

The rest of the food was very good but I would like to mention the barbecued pineapple and watermelon before I get to the real highlight of the evening. The watermelon was lightly seasoned with salt and the pineapple was seasoned with cinnamon, cayenne pepper and a drizzle of honey. The cayenne started at all off with a fiery kick while the caramelised honey and cinnamon followed by complimenting the tart sweetness of the fruit. This was an experience that I don’t have words to describe. All I can say is that everyone should try the grilled pineapple whenever they can.

The food as I mentioned earlier was very good but the reason we had such an awesome time was because of the way we were treated by the stars of the evening, Chef Bhumi and our waiter Wahab. One of our party was allergic to cow’s milk so we asked Wahab if there was any yogurt in the marination. Before we could say Absolute Barbecues, Wahab had gone to the kitchen and was back with Chef Bhumi who without us asking agreed to prepare a special marination without yoghurt. All this happened pretty fast and was followed up by Chef Bhumi living up to his promise so we all ended up enjoying our meal without the fear of having an allergic reaction.

Our waiter Wahab ensured that he made eye contact every time we looked up and he kept the meats coming at the same pace as we kept going. At the end of the meal, he refused to accept a tip because apparently its against their policies. In order to provide everyone with the same standards of service, the waiters at Asolute Barbeques do not accept tips.

I might not have agreed with the policy but I did respect it and I could see that it was working. Maybe the policy should be adopted industry wide. I’m not sure if it would work everywhere. I really don’t know and thankfully there was the dessert counter to take my mind off such serious issues.